The justice needs of Ugandans have been extensively mapped for the first time. Ground breaking research carried out by HiiL (The Hague Institute for the Innovation of Law, based in The Hague, the Netherlands), in partnership with ACORD Uganda, shows that in the last four years nearly nine out of 10 Ugandans required access of some kind to the justice system, but their needs are not being met.

Of the nine people that needed help, three of them gave up right off the bat and their problems were not resolved. This was due to lack of knowledge, power or money, or some combination of the three. As for the other six, many found legal processes – and ultimately the solutions – to be unfair. As a result, it is clear that many people are needlessly suffering.

A total of 6.202 Ugandan citizens were interviewed over the course of the research. The findings have just been published in the report ‘Legal Problems in Daily Life’.
The report discusses the difficulties of ordinary Ugandans in accessing justice and receiving fair outcomes for their daily justice problems. Most worrying, the 30% who receive no justice at all, disproportionally comprises the most vulnerable segments of the population: those with low incomes or who are unemployed, women, elderly people and people with low education levels and people from rural areas.

During the launch of the report today, Honourable Principle Judge Yorakamu Bamwine said: “[w]e should not be offended by these findings. (…), just focus on change, the rest will come naturally.” The Honourable Principle Judge mentioned several innovations that are already being implemented in the courts, but also stresses a need for further innovations and the role JLOS will take on to assure change.

Of the two thirds of people who pursue a solution to their problems, most seek help of the Local Council Courts, their families and their social networks. Only 5% of cases end up in a court of law. In practice, this means the formal justice system in Uganda is out of reach for the majority of Ugandans.

“Clearly these numbers need to be reversed: nine (if not 10) out of 10 Ugandans must be given access to justice. In doing so, individuals can secure their income and livelihoods, a positive effect that ripples through the economy and society, says HiiL’s CEO, Sam Muller.

The fact that this research reflects the experiences and concerns of everyday citizens gives it a legitimate foundation on which to build. HiiL is grateful for the commitment of JLOS to act on its findings and come forward with solutions.

Rachel Odoi, Senior Technical Advisor at JLOS stresses: “HiiL’s report could have a tremendous impact on the future of the justice system in Uganda. It is a useful baseline on which we can devise strategies on where we want to be in the next five years. The proposed solutions and tools provide a blueprint for action, specifically re-designing systems in a way that works for all Ugandans.”

Funding for this project was provided by the Embassy of Sweden in Uganda and The Hague Institute for Global Justice in the Netherlands. The project was carried out with the support of ACORD Uganda. 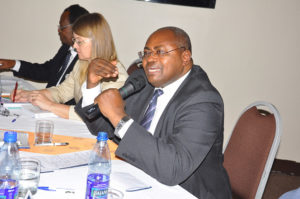 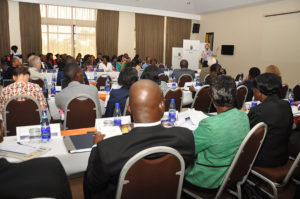 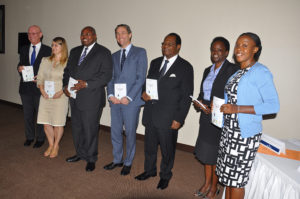 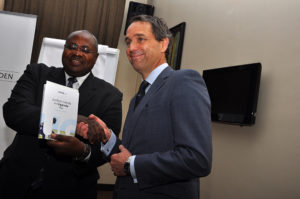 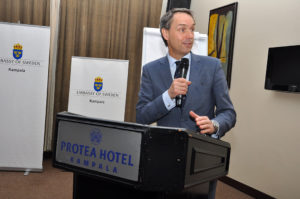 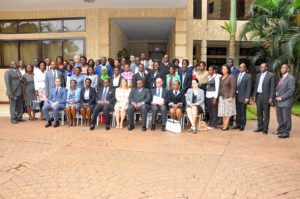 Let's get in touch

This website uses cookies to improve your experience while you navigate through the website. Out of these, the cookies that are categorized as necessary are stored on your browser as they are essential for the working of basic functionalities of the website. We also use third-party cookies that help us analyze and understand how you use this website. These cookies will be stored in your browser only with your consent. You also have the option to opt-out of these cookies. But opting out of some of these cookies may affect your browsing experience.
Necessary Toujours activé
Necessary cookies are absolutely essential for the website to function properly. This category only includes cookies that ensures basic functionalities and security features of the website. These cookies do not store any personal information.
Non-necessary
Any cookies that may not be particularly necessary for the website to function and is used specifically to collect user personal data via analytics, ads, other embedded contents are termed as non-necessary cookies. It is mandatory to procure user consent prior to running these cookies on your website.
Enregistrer & accepter